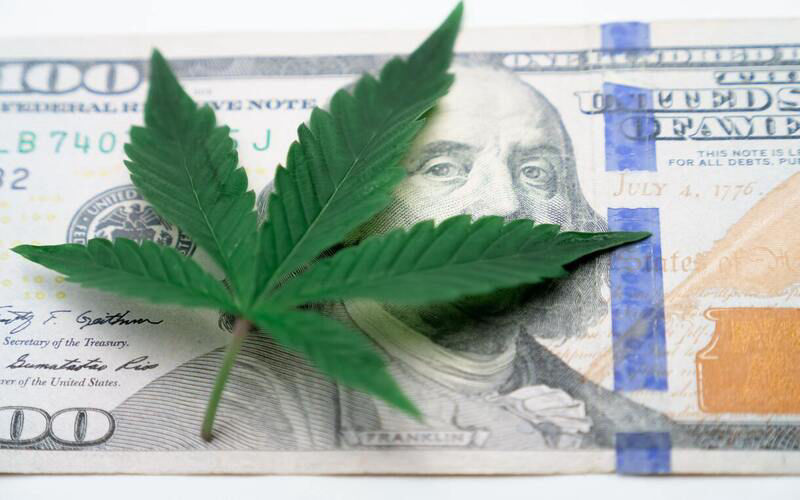 What Is the MORE Act and Why Should You Care?

The US House of Representatives has passed the MORE Act to legalize cannabis at the federal level by removing it from the list of federally banned substances. This bill is now set to go to the Senate, which refused to vote on it the first time the House passed it in 2020.

The Marijuana Opportunity Reinvestment and Expungement Act (MORE) is only one of several current initiatives in Congress and the courts to fully legalize marijuana nationwide. The social impetus driving lawmakers to act is extremely close to the tipping point. Full federal legalization is coming soon.

Such legalization will have an extremely positive impact on cannabusiness nationwide. Removing the current climate of ambiguity regarding technical legal issues will enable the industry to move forward with greater confidence.

Effects of the MORE Act

The MORE Act is quite comprehensive. It will bring a sweeping change to the social and legal mess marijuana use currently struggles in.

Banks, insurers, and other financial institutions will be able to confidently offer their services to cannabusinesses without fear of violating federal law. The entire industry will enjoy a tremendous boost.

If passed by the Senate, the MORE Act will open a path for courts to expunge marijuana convictions and conduct new sentencing hearings for those still serving sentences.

The bill earmarks a 5% tax on cannabis and cannabis substances for:

Veterans would be able to have CBD products prescribed by their doctors. Immigrants would no longer face the threat of deportation for working in the marijuana industry and for minor cannabis offenses.

Removing marijuana from the list of controlled substances at the federal level will remove the current conflict raging between federal laws and the 37 states where medical cannabis use is legal and the 18 states that have legalized recreational use.

Moreover, the passage of the MORE Act would make it easier to get cannibusiness licensing, banking services, insurance, and employment.

Difficulties in the Senate

In 2020, the House passed the MORE Act, but the Senate failed to take it up and vote on it. There is some doubt that the Senate will act this time, too, because two competing cannabis reform bills are coming up in April.

Nancy Mace, a Republican first-term representative from South Carolina, introduced the States Reform Act to end marijuana prohibition in the House. The full House will review the bill in April.

Meanwhile, Majority Leader Chuck Schumer and two other senators will introduce the Cannabis Administration and Opportunity Act in the Senate, so both Republicans and Democrats have different choices to consider casting their votes for.
President Biden, who must sign any bill that passes both houses, has held that marijuana should be decriminalized but remain a controlled substance. Biden's position may become another hurdle if Congress does pass a cannabis legalization bill. However, Biden is an astute politician who is often amenable to compromise.

The atmosphere is positive even though Congress is going through its usual wrangling. Recently, the Senate unanimously passed a marijuana research bill authorizing the FDA to research cannabis and permitting medical doctors to freely discuss cannabis with their patients.

These politicians are acting because they recognize that 66% of Americans support the recreational use of marijuana. It seems that it is only a matter of which bill becomes law first.

The Supreme Court and Cannabis

This brief stated, in part: "The Court should take this opportunity to prevent the further spread of this insidious condition by invocation of the Doctrine of Estoppel. It should find that the Schedule I status of cannabis under the federal Controlled Substance Act is no longer enforceable. Doing so will cure the problem."

Five states are asking the U.S. Supreme Court to rule on whether workers' compensation should pay for CBD prescriptions or not. Three state supreme courts ruled yes and two ruled no. The U.S. Supreme Court has recognized that deeper issues are at play and has asked the Solicitor General, who represents the federal government, to clarify their position.

Federal policy in this area is murky because federal law still criminalizes marijuana, but presidential directives have stopped prosecution, and Congress has withheld funding for enforcement. At the same time, the precedence that federal laws have over state laws remains an issue for consideration.

A U.S. Supreme Court ruling in favor of paying workers' compensation claims would hammer another nail in the federal government's 85 years of marijuana criminalization.

Social pressure to legalize marijuana, coupled with an ever-increasing awareness of the medical benefits of CBD and growing demand for recreational use have united to form a perfect storm driving cannabusinesses forward.

The marijuana business is one of the fastest-growing industries in the economy. In 2021, the cannabis industry was worth $15.2 billion. By 2028, analysts project it will be worth $38.2 billion. The Leafy Jobs Report states that cannabis jobs have increased more than 27% annually over the last five years, hitting 428,059 in January of 2022.
Now is the best time ever to start a business or career in this lucrative field.

Starting a legal cannabis business can be highly profitable. The exploding growth in the use of all types of cannabis, changing legal climate, and availability of state government grants and loans to help disadvantaged entrepreneurs succeed combine to make this an ideal time to jump in.

Unfortunately, there is also a constantly changing minefield of regulations and licensing requirements to navigate. Plus, you'll need serious business and personnel management skills.

Luckily, AdaptiveHR has the deep industry knowledge and extensive human resources necessary to help your cannabusiness get up and running fast.

Partnering with AdaptiveHR gives you access to all the services your cannabusiness needs to thrive and prosper.

Contact us now to get started bringing your dream of becoming a cannabis entrepreneur into reality.