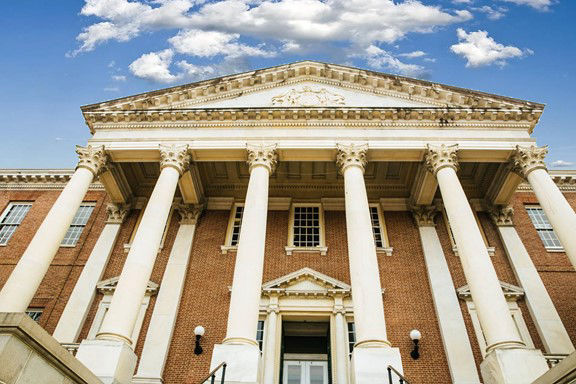 Maryland voters may have the opportunity to vote on legalizing recreational marijuana under a bill approved by a Maryland House Committee and passed through the MD house by a 96-34 vote. Maryland residents could be voting on the cannabis legislation as a constitutional amendment on the November ballot.

Before that happens, however, the proposed legislation must also pass the Maryland Senate, which has its own competing bill to establish a regulatory framework sooner and without amending the constitution.
Under House Bill 1, recreational marijuana use would become legal for adults 21 and over as of July 1, 2023. If passed by the full legislature, this question could be up for voting by Maryland residents:

If voters approve House Bill 1, there is a companion piece House Bill 837, which would go into effect that provides specifics on cannabis possession, home cultivation, expungement, the re-sentencing of prior convictions, and funding for small, minority-owned and woman-owned businesses.

The legislation would repeal, replace, or change several existing criminal laws regarding marijuana. While it does not set up a licensing or regulatory system, it does provide the framework for a cannabis public health advisory council.

Legislators would also commission a review of the 2017 Business Disparities in the Maryland Market study to determine whether it applies to assisting women and minority-owned businesses or whether an additional study needs to be conducted.

Contingent on voter approval of HB 1, HB 837 would decriminalize the possession of up to 1.5 ounces of cannabis. Instead of bearing hefty criminal penalties, this would incur a modest civil fine of $100. Currently, the possession limit is 10 grams. The penalty for marijuana possession of 1.5 to 2.5 ounces would also be a civil fine, up to $250.
Legal possession would require a prescription or order from an authorized provider. Violations, including possession of amounts over these limits, would remain a criminal offense and be subject to one-year imprisonment or a fine not exceeding $5,000 (or both) for a first offense.

Upon voter approval of HB 1 and passage of HB 837, possession would remain illegal until July 2023.
The bill would also establish penalties for the smoking of marijuana in public places as a civil offense and levy fines.
HB 837 also clarifies additional changes to criminal law, including:

The bill provides automatic expungement of cases where cannabis possession was the sole charge. For individuals that were sentenced to jail time, it provides a mechanism to petition for reconsideration or release as long as they are not serving a concurrent sentence for another crime.

Adults 21 and older would be allowed to possess and cultivate cannabis for personal use up to:

● 1.5 ounces of flower or 12 grams of cannabis concentrates
● Products containing no more than 750 mg of THC

Amounts above these thresholds but less than 2.5 ounces of cannabis, 20 grams of concentrates, or containing up to 1,250 mg of THC would incur civil fines up to $250 or trigger community service requirements. Possession of quantities above these limits could incur fines up to $1,000 and a six-month jail sentence.

The law would also require that the cultivation of cannabis plants be hidden from public view, including neighboring properties, and in an enclosed and locked space inaccessible to those under age 21. It would also prohibit the sale of home-grown products, such as edibles.

House Bill 837 would authorize a study to examine current patterns of cannabis use, including:

The results of this study would be reported to Maryland’s Executive and Legislative branches in 2023 and then conducted every other year thereafter.

The bill also authorizes the Cannabis Commission to study and make recommendations on:

● Home grow programs of cannabis plants for personal use
● On-site consumption facilities
● Methods to reduce the use of cannabis by minors, including advertising, packaging, labeling, and potency regulations

The legislation would establish a cannabis public health advisory council that would study and make recommendations regarding the promotion of public health and misuse by those under age 21, including educational programs in schools and public health campaigns.

It would also provide training for healthcare providers and law enforcement.

HB 837 would set aside money in the state budget to assist small, minority-owned and woman-owned businesses that are starting a legal cannabis operation.

Grants and loans to qualifying business ventures could be used for:

This bill would provide grants to historically black colleges and universities (HBCUs) for cannabis-related programs, such as business development. It would also award grants and loans to populations that have been disproportionately impacted by criminal laws regarding the use of marijuana and may provide funds for those previously convicted of marijuana offenses.

Bills at this stage are still a work in progress and subject to changes through the reconciliation process between the MD House and Senate. If passed through the full legislature, however, it will have a direct impact on creating a legal cannabis industry in Maryland. Even if passed, the bill would not take effect until July 1, 2023.

If you’re considering starting a cannabis business, the experts at AdaptiveHR can help. AdaptiveHR is an industry leader in human capital management solutions with experience managing the burden of employee administration. Working with AdaptiveHR will empower you to focus on growing your business.

If you’re interested in learning more about how we can help with your business, contact us today.